At the end of January, the representatives of all 15 consortium partners of the new funding project PlanQK (Platform and Ecosystem for Quantum-Assisted Artificial Intelligence) met for the first time for a 2-day kick-off at the University of Stuttgart. About 50 participants took part in the lively discussion, presented their strategies and use cases and decided on first concrete activities and the further roadmap for the coming months. 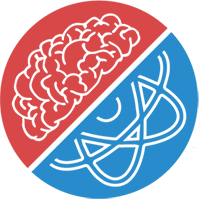 The PlanQK (Platform and Ecosystem for Quantum-Assisted Artificial Intelligence) project, funded by the German Federal Ministry of Economics and Technology, started on 1 January 2020 and is designed for a funding period of 36 months. In addition to StoneOne as consortium leader and the University of Stuttgart, which is responsible for the scientific management, other scientific institutions and companies are participating in this forward-looking project. In addition to large companies, such as Accenture or Deutsche Telekom, medium-sized companies, such as the machine tool manufacturer TRUMPF or Bundesdruckerei, and also small companies (SME) are represented. For example, the engineering company FCE Frankfurt Consulting Engineers or the specialists from the start-up company HQS Quantum Simulations are represented.

First, the eight participating Use Case Partners presented their concrete scenarios. In the case of (sheet metal) production, for example, when an order is received it must be decided how parts are to be distributed on raw material sheets and when which of these raw material sheets are to be processed on which machine. Of course, the restrictions of the problems must be observed, e.g. a machine can only process one sheet at a time, the number of machines is given and an order must be completed within the scheduled time. This use case can be treated as a decision making problem using Quantum-enhanced Reinforcement Learning or as a linear equation system using HHL. Another Use Case deals with water anomaly detection in public buildings, specifically

Detection of pipe bursts and other faulty operating conditions via noises on the main water supply line. The early detection of pipe bursts, for example in sports halls and schools, is of great importance for administrations and insurance companies because of the potentially high damage amounts. A Quantum Support Vector Machine, for example, can be used here as an application in the area of predictive maintenance.

Afterwards StoneOne and the research partners presented the marketplace and their main focus. Finally, the third part of the round of presentations was given by the consulting firms with their focus on PlanQK-based services. The day ended with a matchmaking of users and implementers.

On the second day, various organizational issues were discussed, especially the timing and the future community management. Especially the establishment of a PlanQK community and the involvement of many stakeholders, especially beyond the consortium, is an essential part of this lighthouse project. The accompanying research by the VDI/VDE, which plays an important role when it comes to the communication or development of new business models, was also presented here.

The University of Stuttgart then gave a first insight into the planned platform architecture. In various breakout sessions, the focus was on the implementation and realisation of the individual use cases, algorithms and the refinement of the architecture.

On March 9th and 10th the first meeting in the circle of associated partners followed at the consortium partner Fraunhofer FOKUS in Berlin. Here, too, we expect representatives of about 30 other small, medium and large companies as well as parties interested in PlanQK. In addition to the presentation of the project, the main focus will be on use cases, problems, expectations and solutions of the future community. On the second day, quantum platforms will be presented in general, followed by a discussion of potential business models.

Those interested in the kick-off can still apply for a place at info@stoneone.de.