In March, the PlanQK consortium met again for a virtual consortium meeting. In addition to an overview of current work, the focus was on the orchestration of quantum-classical applications. 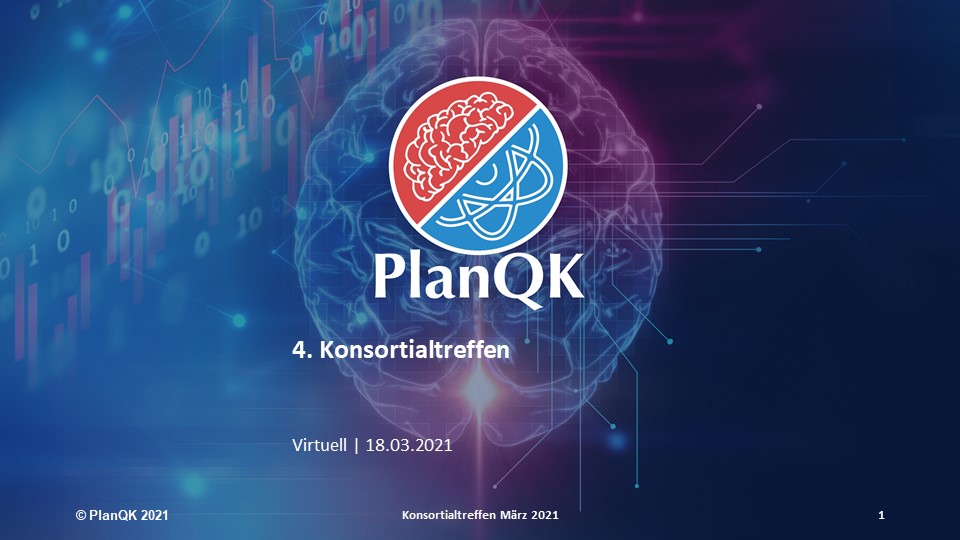 Highlight of the event was the official introduction and welcome of the four new consortium partners Deutsche Bahn AG, Komm.One AöR, Smart Reporting GmbH and Virality GmbH. Collaboration with these new partners on the additional use cases and platform components was made possible by the PlanQK extension and naturally began even before the consortium meeting at the level of the working complexes. With the successful start of the beta phase for the platform use within the consortium relevant findings are also continuously being collected – both in the development team for adaptation to the needs of the users, as well as from the users themselves. At the same time, the processing of the use cases is also making great progress, so that the first applications can likely be made available on the marketplace in the second half of the year.

Based on the plans made by the PlanQK management team in January, consortium meetings and partner events have already been scheduled for the year. Taking into account the current situation, these are all planned virtually at least until the beginning of the second half of the year. This overview of activities was also accompanied and appreciated by representatives of the accompanying research and the Federal Ministry for Economic Affairs and Energy.

One of the new platform components was discussed in detail in the forum at the end of the meeting. Under the leadership of the University of Stuttgart, PlanQK will develop a workflow orchestration of hybrid quantum-classical applications. This will enable developers to incorporate software elements into their applications without necessarily having to program them in detail themselves. This support will greatly simplify access to the actual development of programs for current and future quantum computers, which must be tightly integrated with classical computers.